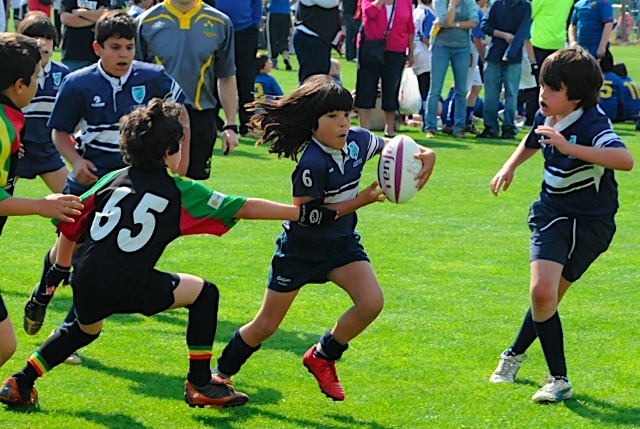 The Marbella Rugby Club was the brainchild of Roberto Osborne Maestre, a former player for R.A.C.A. Sevilla and lover of rugby. It all started with an initiative to enlist experienced rugby players, rugby fans and anyone with an interest in the game here in Marbella. He used various means to reach out to potential players in order to get the project off the ground.

The first meeting took place in the Club’s old home and was attended by a surprising number of people. In fact, so many had become involved that after a few weeks things began to take shape and Marbella Rugby Club started to host matches of Touch Rugby.

Events started to snowball from there and by November 1988, the team faced R.A.C.A. Sevilla in its first competitive match at the infamous Chapina Stadium, which has since disappeared. This match was a baptism of fire for many of the inexperienced players that made up the Club’s 20-man squad. That now legendary game was played in Marbella’s blue & white kit which Roberto Osborne paid for himself. Since that memorable match, blue & white have since become Marbella Rugby Club’s official colours.

Since that time much has happened, but nobody expected the initiative of one rugby lover to have come so far. During the last twenty years, the Club has left its birthplace and home in Sotogrande and moved to its current grounds in Marbella, which have been developed since 1993.

The team's record shows that it has become one of the best clubs in Spain for developing young, talented players. The next phase of development for the team is to complement its first-class youth establishment with a Senior team that aspires to reach the highest levels of rugby in Spain.

Registration will take place at the Club grounds on Saturday, September 12th at 11:00.

Each player must be accompanied by a parent to come to the office to pay the annual fees and sign the licence form before playing in any match for the club.

Payment can also be made by bank transfer to the following account: 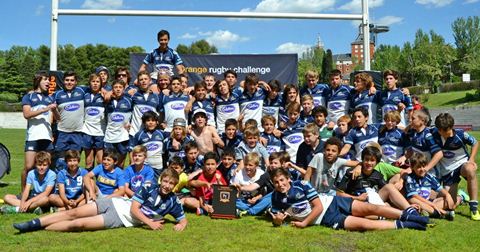 The Club was officially founded in front of a Notary on the 5th January 1989.

Roberto Osborne, Pedro Alcalde, Alejandro Briozzo, José Vivas & Javier Arrillaga were all present. The first AGM was held on the 23rd March of that year, during which the first Board of Directors was elected, with Roberto Obsorne as the man who had envisioned the Club & founded it, became its initial President.

Related links to this page