Taking a tour of Andalucia white villages is a great way to explore Spain with the family. Follow our recommended route of the Pueblos Blancos from Marbella to hit the best villages and make the most of your trip.

Youve been there? Please send us your review and grade. We would love to hear from your family!

Historically Andalusians chose to live in fortified hilltop towns and villages called Pueblos Blancos (white villages) to escape preying bandits. These white towns are whitewashed in the Moorish tradition and today are functioning agricultural towns that will give you insight to Andalucia's colorful past.

In Andalucia white villages, or pueblos blancos, each have their own character and charm. They all have a main square and a church which make good starting points for touring the village. Many of the Andalucia white villages also have tourist or information offices where you can find more about the villages history and unique sights. Regardless of our path, keep your eyes open for street signs directing you to a particular village, which takes priority and will lead you on the shortest route from each town.

Keep in mind that many of these roads are in the mountains and have a lot of turns, so drive safely, slow down in unfavorable conditions, plan a bit more time than usual and bring any bags or seasick bands for anyone who may get a bit queezy with long drives.

It's possible to do this Andalucia white villages tour in a day, however we suggest you get an early start or even plan on staying a night in one of the Andalucia white villages if you don't want to be pressed for time. If you see you´re short on time skip a town and continue to the next. Leave plenty of time to enjoy the scenery, have a tapas in the local bar, visit castles and museums, eat a leisurely lunch, shop for souvenirs and take in the local culture.

Start with any Andalucia white village you wish, as there are many places to stay and eat in all these towns. We are actually going to start with the only town that isn't white because it is Blue! 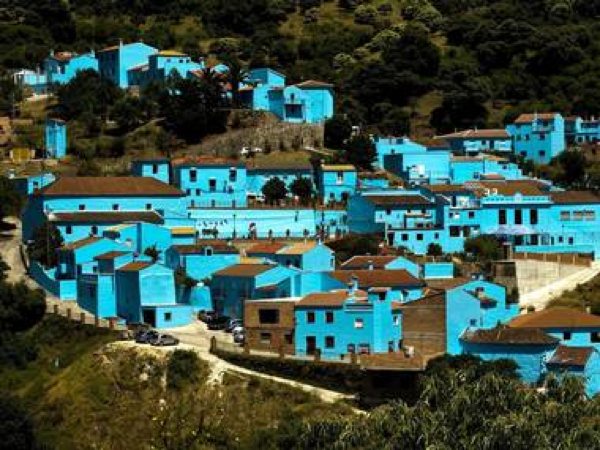 Originally white was painted Blue in 2011 to celebrate the premiere of the Smurfs movie. Sony then offered them to paint it back to white but the town and its Smurfs decided to keep it that way as tourism increased significantly.

Directions: Take the N340 towards San Pedro. Then head toward Ronda on the A 397 and follow signs up and it is is about 22 km from Ronda Town. 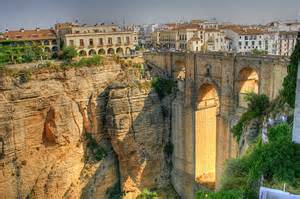 Ronda is located only 45 minutes from Marbella so it's easy to make this town your starting point. Here you will find one of the oldest bull rings in Spain and a breathtaking 100 meter high bridge.

Directions: Take the N340 towards San Pedro. Next head towards the mountains at the first street light onto the A 397. Follow road signs to Ronda. Approximately 50km from Marbella. 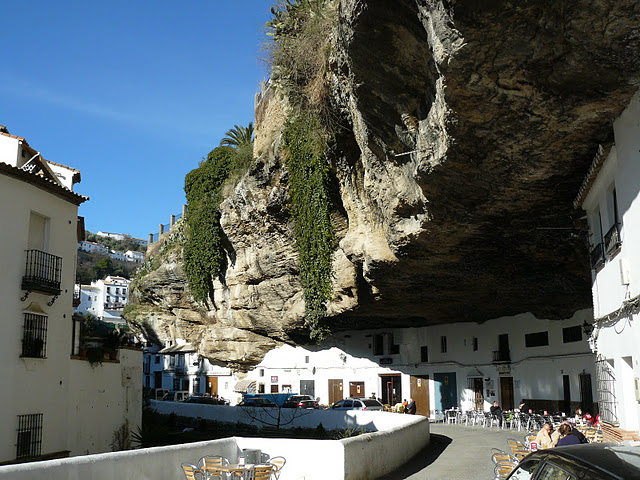 This beautiful Andalucia white village climbs up the side of a gorge where you will even find some streets covered by rock overhangs.

Directions: Head north on the MA 428 toward Olvera. Road turns into CA 4211 just before turn off to Sentenil. Approximately 15 km from Ronda. 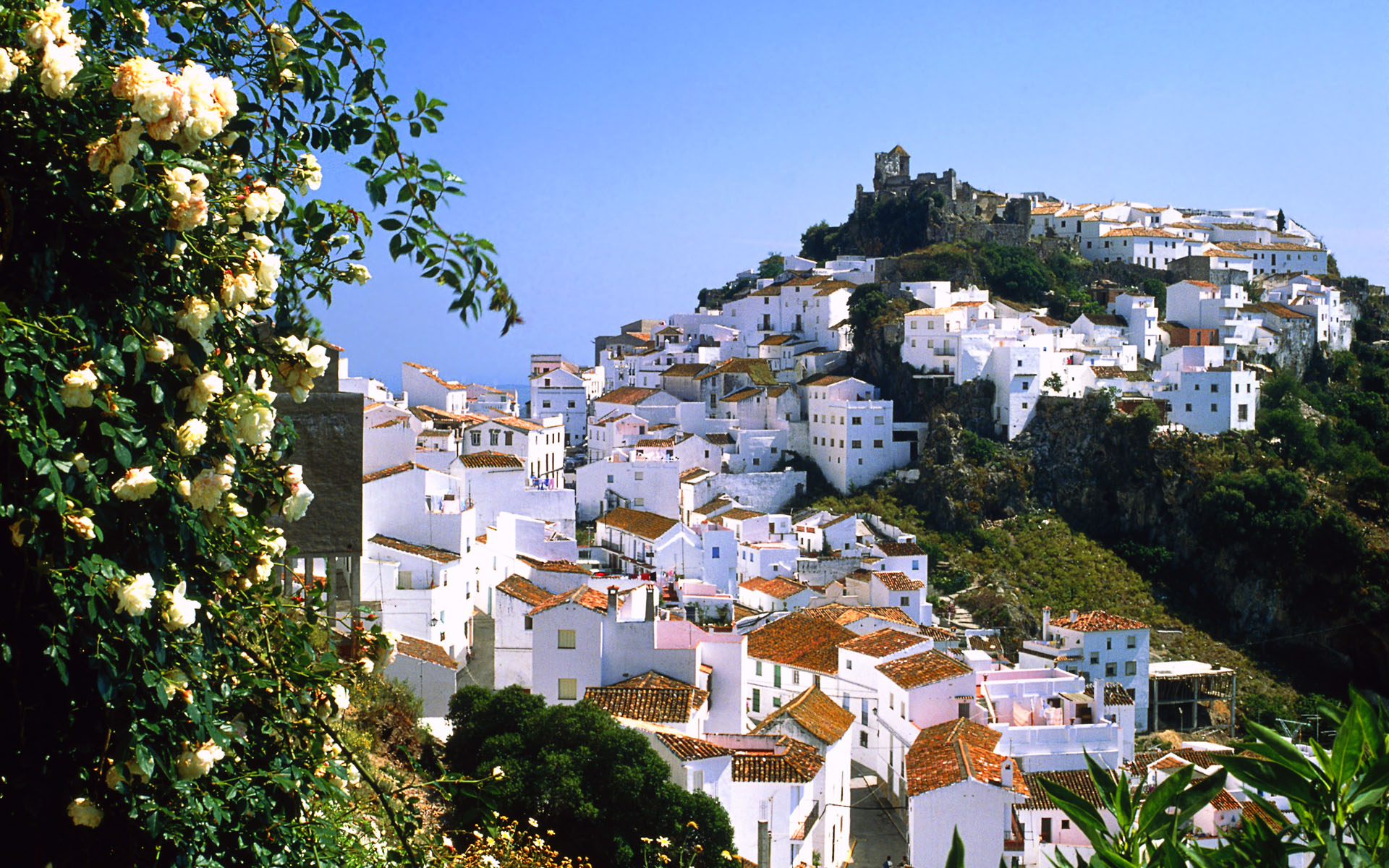 Casares is a white village of Arab origin that has been designated as a Historical-Artistic Site. It is perched between Costa del Sol, Serranía de Ronda and Campo de Gibraltar. Its main tourist attractions are the quaint streets, the ruins of the Medieval castle and the Birthplace of Blas Infante.

Directions: It is best to approach the village for the first time when driving from the coast road (N340/A7) by turning inland at Km. 147 (between Estepona and Sabinillas) near Torre de la Sal and head inland for 15 km. 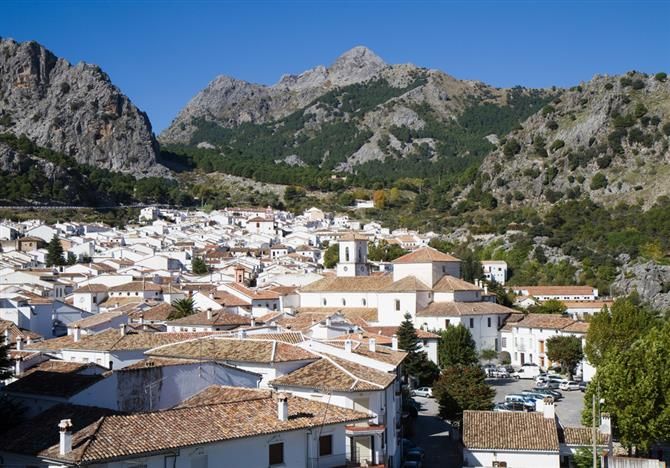 Located next to the Natural Park Sierra de Grazalema, this charming village is known for its high levels of rainfall bringing various types of vegetation to the area.

Directions: Head south on the MA 449 then west on the A 372 until you hit Grazalema. Approximately 26km from Ronda la Viega (Acinipo) 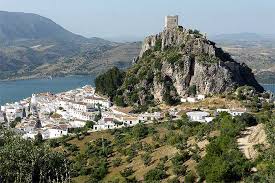 The entire village has been declared a national monument with its historic castle ruin nestled atop the pueblo. 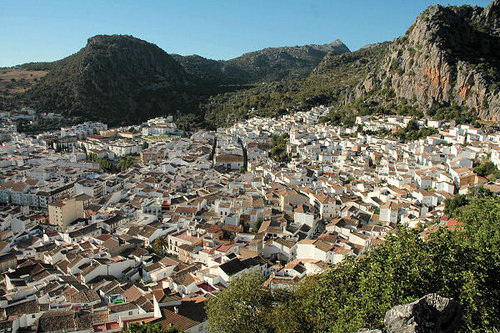 This village is known for its leather industry and lies between two natural parks, which makes your drive filled with beautiful landscapes.
Directions: From Zahara drive south again on the CA 531 toward Grazalema, but then cross the A 372 heading further south to Ubrique. Appproximately 33km from Zahara. 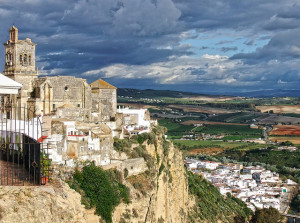 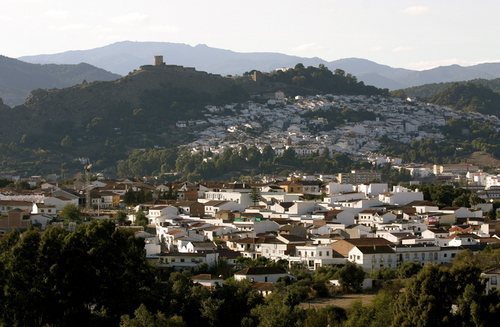 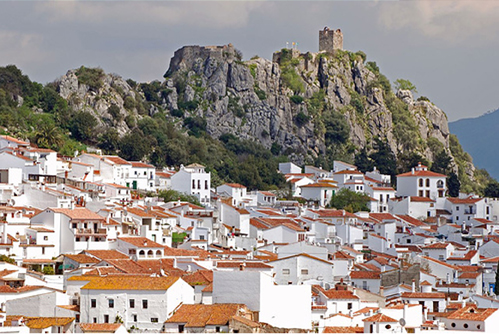 Once a major Roman settlement this village is perched 626 meters above sea level commanding spectacular views of Gibraltar and the Rif mountains of Morocco. Visit the castle/fortress Castillo del Aguila (Eagles´s Castle). 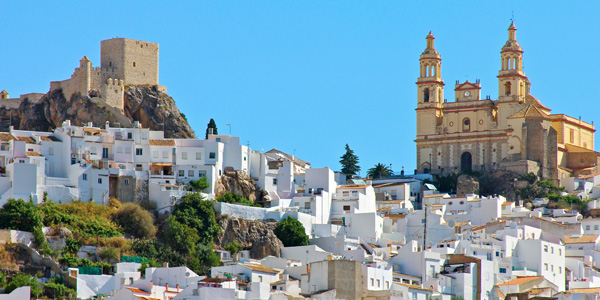 Once you've visited Gaucin you may either continue north to Ronda if you haven't seen it or head south towards the coast heading toward Casares and Manilva until you reach the water. From there (San Luis de Sabanillas) you may take the coast road through Estepona and San Pedro de Alcantara until you reach Marbella. From Gaucin, the road to Marbella along this route is approximately 50 km.

Mom's evaluation: Personally, we haven't yet done the "test drive" for this Andalucia white villages tour, however we have been to many other white villages around Andalusia. The most important thing to keep in mind is that are a lot of narrow roads, so you should keep your car parked slightly out of the city center and walk. The roads can be very steep as well, so you may find your car in a corner that is difficult to get out of if you attempt to go anyway. Many of the villages have free public parking areas, because they are used to large buses and tourists coming with many cars. Look out for the blue and white signs with the large "P".

Many of the roads are cobblestoned or made with other material that may difficult to walk on if you wear heels, so be sure to wear comfortable walking shoes. Also, keep these cobblestone roads, steep inclines and narrow paths with lots of stairs in mind if you are bringing a stroller. Some villages are easier to navigate than others. The smaller the village, the more difficult it will be to push a stroller, so you may want to take a Baby Bjorn or other baby backpack with you. We recently visited the town of Casares, and I can assure you that it would have been very difficult to push a stroller there. Grade: