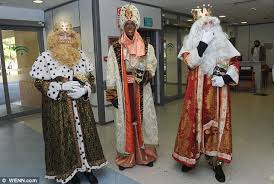 Three Kings Day in Marbella is very special it honors the visit of the Three Kings to worship and bring gifts to the new-born Jesus Christ. In Spain, it has traditionally be the most important day that culminates the ¨Christmas¨ holidays.

The Three Kings are celebrated pretty much like Christmas´ Santa Claus. Children write a letter to the Kings asking for their desired toys. Many cities set up locations where the kids can deposit their letter to the ¨Royal mailman¨.

On January 5th, cities organize ¨la Cabalgata de Reyes¨, a festive parade across town with the Kings mounted on big chariots and throwing candies to all the kids around. This is a major event attended by most families. Some parades are very spectacular and shown on TV.

On the night of January 5th to 6th, the children clean their shoes and leave them out with a little snack for the Kings and their camels. During the night, the Kings bring them presents if they have been good during the year or a piece of coal... 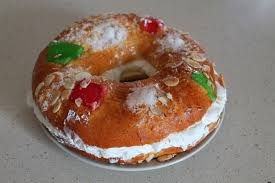 On January 6th, people eat ¨el Róscon de Reyes¨, a sweet bread with a small surprise (Jesus or other figurine) in its dough. The person who ¨eats¨ the surprise becomes King for the day.

Depending on the calendar, January 7th often marks the day back to school. Because the children have had little time to enjoy their toys, many Spanish families have started also celebrating the December 25th holiday, splitting presents between the two days.